Ants have become the primary pest infesting homes in recent years and are usually very difficult to control. Successful control of ant infestations takes some skill that is gained through knowledge of ant behaviour and experience in dealing with ants.

With more than 1,300 species in Australia, ant identification can be quite a challenge. Start by looking for trails. Ants very rarely travel alone and are usually spotted when they’re hunting as a colony along paths that have been well established. When you’ve found a trail, look at the sizes of the ants. Are they identical or do they vary in size? Also observe when the ants are active during the day or at night? Look for nests at the end of trails especially in areas with soil. Soil nests have distinct shapes or patterns depending on the ant species.

Ant infestations tend to happen fast. Regardless of whether your ant problem is an annoyance or an all-out infestation, you may be surprised to learn how fascinating these little creatures actually are.

Ants are social insects that live in colonies and have several different types or castes of individuals. Each caste has a different function or job in the colony.

Ants develop by complete metamorphosis, meaning the eggs hatch into larvae that must be cared for by the workers. The larvae pupate into adult workers or reproductives. After two or three years, the colony matures and begins to produce swarmers every year.

The lifespan of ants depends on the caste. Males live for only a few weeks and die after mating. Workers usually live for several months. Queens can live for decades under the right conditions. Ants are active all year long in tropical climates. In cooler climates, they survive the winter by going into a state of dormancy or inactivity known as diapause.

To get rid of ants, it is important to identify the ant species before attempting ant control. Some ant species, like Pharaoh ants, can be controlled using baits, while others cannot. To get rid of ants successfully, it is usually necessary to follow them back to their colony and treat the colony directly.

Zeropest Australia technicians have the experience to correctly identify your ants and kill them with the appropriate treatment 100% PEST FREE GUARANTEED* & 100% SATISFACTION GUARANTEED*.

Common Ants You Will See generally inside your home. 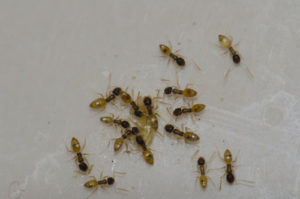 Workers about 1.6mm long, light to dark brown in colour, do not swarm and there bite does not sting.

Worker ants produced in spring and increase in numbers up until autumn.

Argentine ants mate in their nest so no swarming is seen.

Worker ants will follow food trails for long distances so nests are not easy to track.

Argentine ants drive out other ant species from an area. 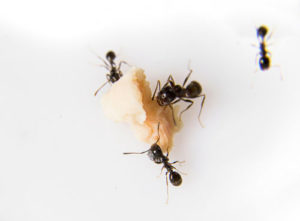 Larva hatches out of the egg as a white grub which is narrower towards the head. They are fed by the adults.

The adult emerges with the three defined body sections: head, thorax and abdomen.

The length of time between the egg stage and ants emerging as adults can take 6 weeks or more; it depends on a variety of factors such as the species of ant, the temperature and the availability of food.

These ants are regarded as a nuisance and scavenge in kitchens, garbage and also dog excrement, therefore potentially spreading diseases such as salmonella.

Common Ants' include the intensely black 'Black House Ants', and they are attracted to sweets.

The most effective control measure is to find the colony and treat it. 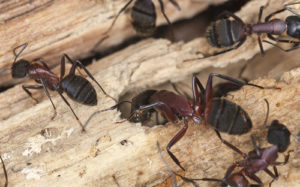 Carpenter ants are polymorphic which means they can come in a variety of sizes.

There are three size classes, each with different job classifications: Major workers are the largest ants in a colony and contain most of the large soldier ants; while media and minor carpenter ants are mid and small in size respectively and whose jobs are to gather food and construct colonies.

Carpenter ants are nocturnal, you will often have to wait for night time to find a trail, which could lead to the nest.

Carpenter ants do not tend to travel in large numbers, so a trail may be difficult to spot.

Carpenter ants usually do not just set up one nest, but a whole series of ‘satellite’ nests too, which ensures the colony’s survival even if one nest is destroyed.

Carpenter ants feed on living and dead insects as well as anything people consume.

As the name suggests, carpenter ants can do considerable damage to wooden objects. 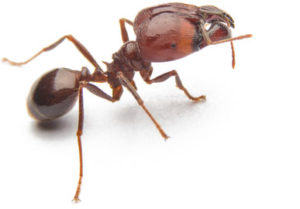 Solenopsis has a very distinctive two–segment antennal club, which is most visible in the front view of the female reproductive ant.

After swarming from the nest and mating, the queen searches for a suitable spot to lay her eggs. Once found, she can lay up to 125 eggs in late Spring.

Larvae feed on secretions from the queen’s salivary glands and broken down wing muscles until the first worker ants emerge. After this first batch of larvae moult into workers the queen’s role returns to egg laying – she can lay up to 1500 per day. Worker ants continue with larval care, nest building and food foraging.

Fertile males are produced later in the season.

Nest locations can be a mound of up to 40 cm or next to objects found on the ground, e.g. logs.

If aggravated, these react aggressively and can inflict a painful sting, resulting in a pustule some 48 hours later.

These ants are a major agricultural and urban pest, destroying crops and invading residential areas both outdoors and indoors. 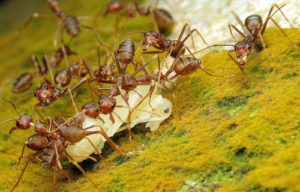 They Have black eyes and 2 small segments at the pedicel.

Multi-queen colonies, swarming can take place at any time of the year.

Swarming characteristics — new colonies are often formed through nests that have been disturbed e.g., as a result of insecticide spray treatments.

Each queen produces up to 3,500 eggs in its lifetime.

Nest locations — deep seated in cavities in heated buildings. Often found in hospitals. Associated with humid conditions. Colonies can range from a few dozen to 300,000 individuals.

Locations - attracted to high moisture areas, can be found in kitchen and bathroom cabinets.

Ants that you generally see outside. 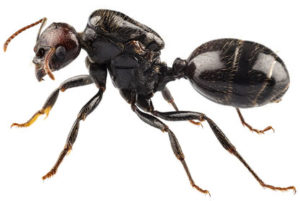 Small segment at waist point (pedicel) with no sting present. 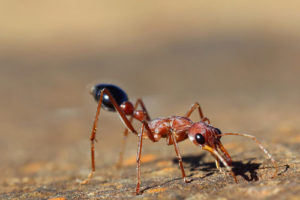 Very aggressive (if a nest is disturbed, there will be a massive outpouring attack).

They can inflict a very painful sting to humans.

The stinger does not remain in the victim, so the Bull Ant can sting repeatedly. 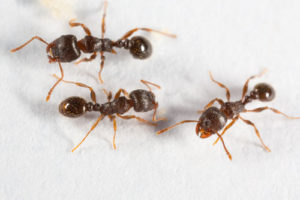 Dark brown or blackish, 3mm long, 6 legs, spines on the back and 2 nodes on petiole.

Grooves on head and thorax, thorax uneven with 1 pair of spines. 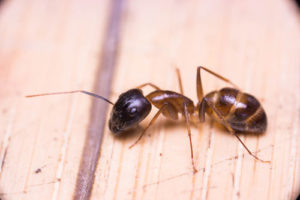 Appearance - This species vary greatly in shape, size and colour.

They range from 2.5 to 15 mm, and are some of the most often seen ants due to their size and often bright in colouring. They are unable to sting, but they do possess strong mandibles which can bite. 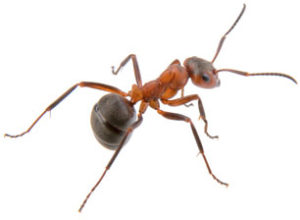 Appearance – About 5 - 6mm long, black with metallic green head with a distinctive appearance and odour. They can inflict a painful sting to humans.

COVID-19 UPDATE: We're still operating to keep the pests outside. We have implemented a Universal COVID plan in line with DHS regulations to stop the spread and keep everyone healthy.
Services